While overall mortgage delinquencies slowly descend from early pandemic highs, serious delinquencies — especially loans past 120 days due — jumped in July, according to CoreLogic.

“This was the highest rate in more than 21 years and double the December 2009 Great Recession peak,” said Frank Nothaft, chief economist at CoreLogic. “The spike in delinquency was all the more stunning given the generational low of 0.1% in March.” 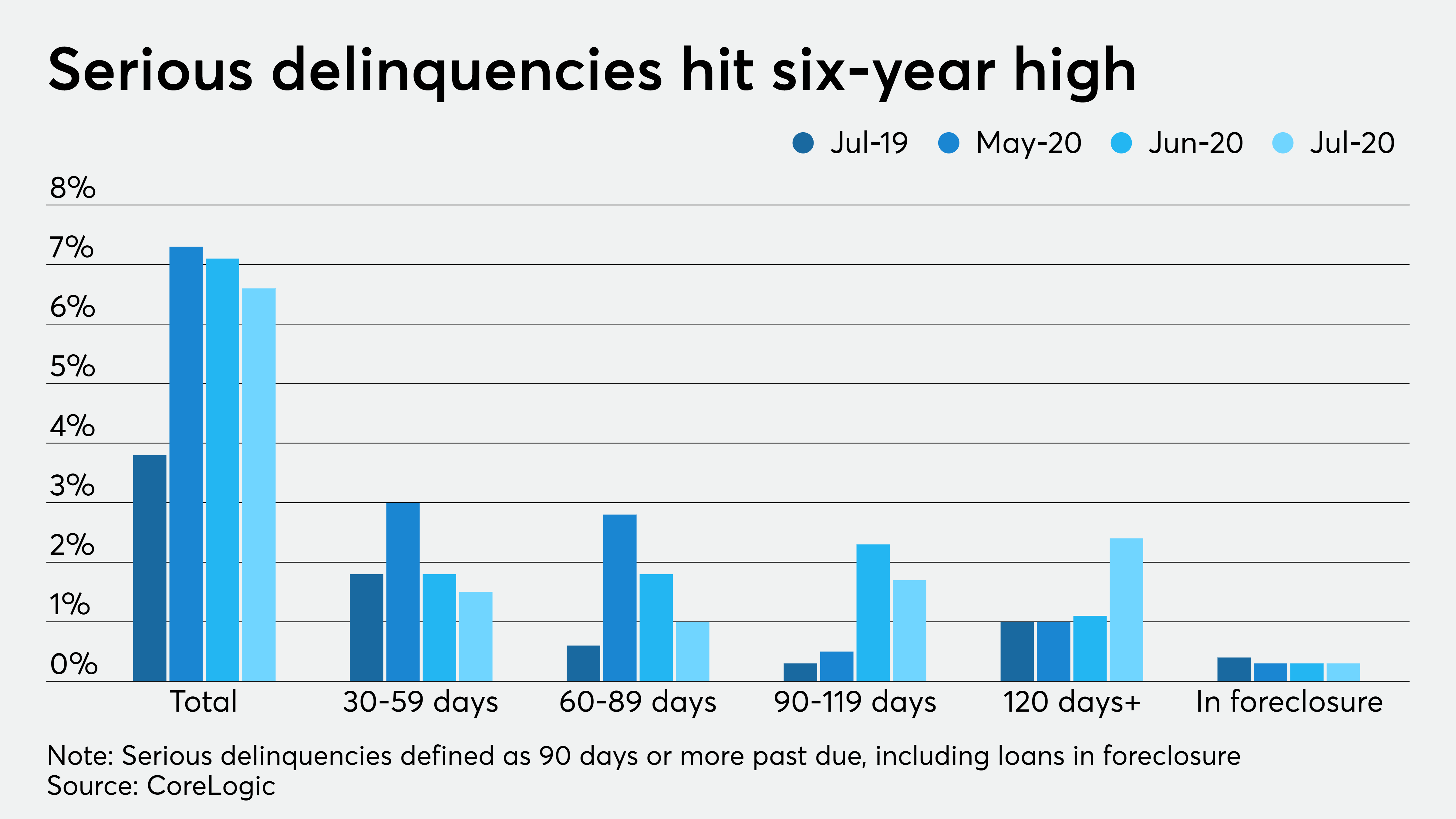 Serious delinquencies — loans 90 days or more past due, including foreclosures — climbed to 4.1%, their highest point since April 2014, according to CoreLogic. This is compared with June’s 3.8% and July 2019’s 1.3%. In June, serious delinquencies doubled annually and could double again by 2022 without further government action.

Economic instability, especially in certain sectors and regions of the country, could keep delinquencies inflated throughout the foreseeable future.

“Given the unsteadiness of the job market, many homeowners are beginning to feel the compounding pressures of unstable income and debt on personal savings buffers, creating a heightened risk of falling behind on their mortgages,” Frank Martell, president, and CEO of CoreLogic said in the report.